Here’s a delicious cake that has no milk in it! A sweet, dense cake that is perfect with a cup of coffee. Served often drizzled in vanilla sauce.

If you’ve read this far, you probably want to try this. This recipe comes from Claire’s great aunt! Let’s see how it’s done.

First you want to cut up the apples

Cut them into bite-sized cubes and put these aside for later.

Next we add the eggs to a mixing bowl

Mix this until whole mixture has turned white

Add the flour, baking powder and a touch of the cinnamon to a sifter. Sift into a medium sized bowl 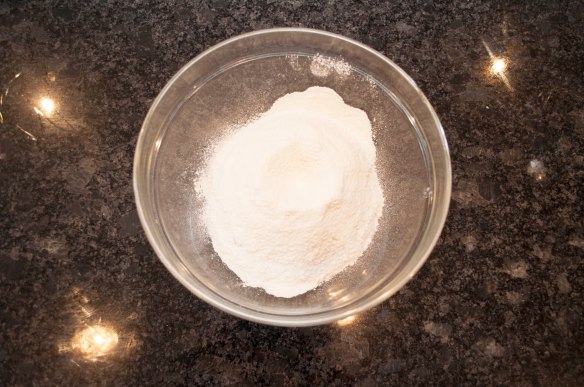 This should make sure the ingredients are well mixed

Add the flour to the large mixing bowl

By hand, fold in the flour 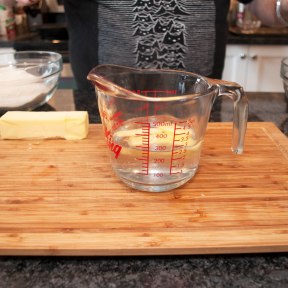 While mixing, add the melted butter.

Grease a cast iron frying pan (or something similar).

Pour the batter into the pan

Should fill it about half way

Drop the apples on top.

You want it nice and full!

Brush the top with some melted butter

Sprinkle on the cinnamon

and the granulated golden sugar! 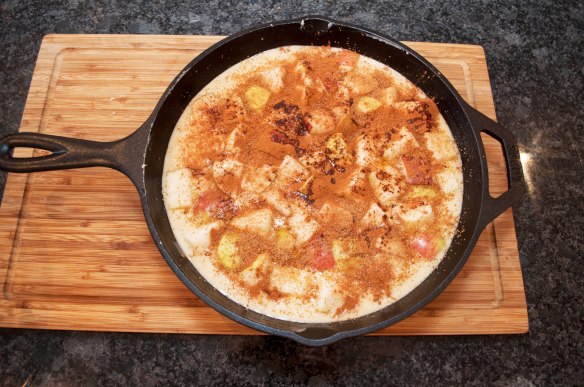 Bake in 350F oven for 40-50 minutes, until a knife stuck into the centre pulls out clean

Remove from the oven and let cool for 10 minutes

Run a knife around the edge 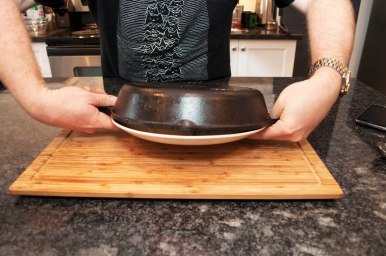 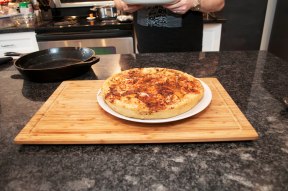 Flip the cake out onto a plate. Cover with a second plate, flip over. You should now have the cake sitting on a plate! Like a really lame magic trick!

Cut the cake into wedges

Time to add the vanilla sauce (if you want). This obviously can be made from scratch, but it also can easily be bought at your local IKEA … hey, we were there getting a shelf anyway!

Drizzle the vanilla sauce on top. Serve with a nice hot cup of coffee.

So there you have it, Swedish Apple Cake or Äppelkaka 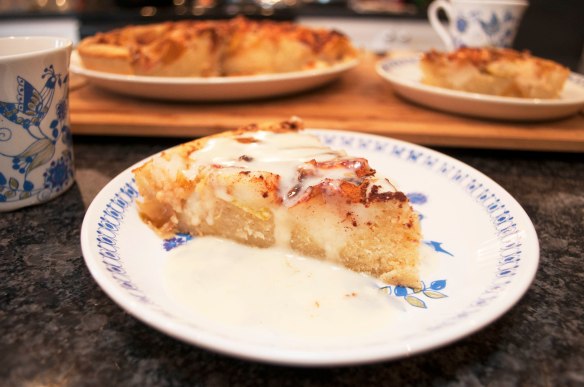